We use cookies to operate and improve the visitor experience. Respect for your privacy is important to us. If you are not comfortable using this information, please review your settings before continuing your visit. 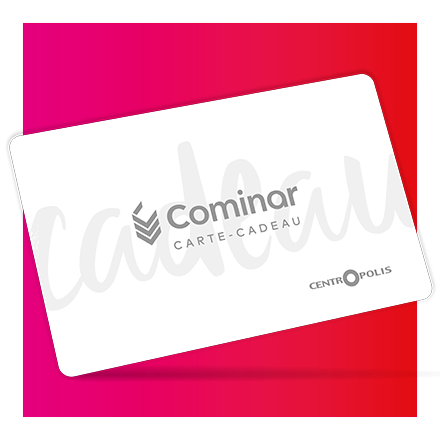 Give the gift of choice! 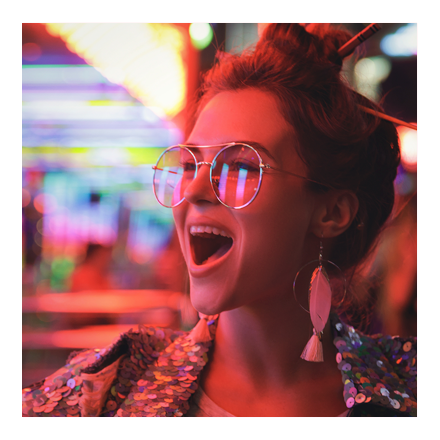 Stay in the know on what's happening at Centropolis by signing up for our newsletter.
Please enter your keyword in the search box
Our Expanded Terraces are back!

It's summer and we want to enjoy! For the second edition we're using our creativity to make sure that you can safely enjoy our premises as much as possible.

Let’s meet up and enjoy summer to the fullest! Until the end of September, again this summer we’re transforming the Promenade du Centropolis into a pedestrian street in order to install our Expanded Terraces!

These Expanded Terraces will allow our restaurants to increase their outdoor space and spill onto the Promenade du Centropolis. This way, they will be able to welcome you in greater numbers, while respecting social distancing and promoting a friendly atmosphere!

Worried about Mother Nature? We planned it! Several restaurants will have a marquee to allow you to fully enjoy your moment!

DJs go wild too this summer!

Enjoy the musical ambiance while relaxing on one of our terraces!

From the Original Gros Bonnet group, Loure and Sambé are keen on music production and catchy grooves. With many experiences in different Quebec festivals, the two friends are constantly on the lookout for the most refined atmospheres to set the right tone for any event.

FRIDAY JULY 2: DJ Battle on the roof | Moses Bélanger and The Holy

Moses Belanger is recognized for his organic electronic music. On stage, accompanied by his instruments, he offers a dynamic and rhythmic performance. Energetic, versatile and creative are a few words that can help describe his music. One could compare it to a mixture of organic percussions of Nicolas Jaar, groove of Kaytranada and structure of Boris Brejcha. His tech-house productions will take you from nostalgia to the dance floor, in no particular order! Music has been a part of his life since birth and the groove has stuck in his veins ever since.

The Holy, whose real name is Olivier Lamontagne, is a Montreal artist who has been a DJ for many years. In the past, he has been seen delivering impressive performances, notably in the context of Igloofest and Piknic Electonik.

Here to find out more

Silktits is a Montreal-based DJ, radio host and community organizer known for her eclectic digs and ability to work a dance floor. She mixes vintage reggae, synth-pop, house and disco to create a stream on her monthly 5-year web radio show “Tender Grooves” on N10.AS Radio. Tender Grooves recently made appearances on The Lot Radio & Half-Moon Radio. In addition to radio, silktits has performed dance parties in Montreal, Brooklyn, Detroit and Toronto.

DJ (Terrain de Jeux) is Geneviève’s second musical project that arose out of her transition to adulthood in clubs and raves in Montreal. On her debut album as RYAN Playground ’16 / 17 ′ in 2018, Geneviève explored her interest in dance music and various other influences. In the same way in which she built RYAN Playground's album, around the Pop / Punk sounds of her childhood, Geneviève found the inspiration of her alter ego TDJ in her deep memories linked to the sounds of the electronic music of her childhood. youth, which she then transformed into a modern interpretation of Trance tones.

The foundation of Geneviève's music for TDJ is found in her quest for freedom. Walking between the intimacy of her RYAN Playground's project and the fast sounds of bass, Geneviève has reached a new stage where she feels at peace with her difference and uses competing sounds for her artistic expression.

The duo explore all genres of their native grooves. From organic to electronic, as well as a fusion between the new and the old Brazilian rhythm. Tupi Collective mixes a set of styles that will take their fans to a tropical universe.

Their listeners and fans are very enthusiastic about their projects and parties, displaying an array of dialects that are much more than Bossa Nova and Samba rhythms.

Joumana is one of the fastest growing DJs in the Montreal underground scene. Born in Canada to Lebanese parents, her musical journey began at a young age with the piano and a general passion for music of all styles and influences. Her passion for electronic music emerged when she discovered her magnetism in 2016, since then her commitment and talent has led her to perform at some of the best venues and events in Montreal like Stereo, PY1, Piknic Electronik and AIM Festival.

With her eyes riveted on the horizon, she is now embarking on a new chapter in her career by embarking on her career as a producer. With a community of talented friends around her and a fire in her stomach, the future is only bright for the young artist.

Yuki is an eclectic DJ with a finely honed musical taste. She doesn't compromise. Discoveries and a cosmic musical journey are guaranteed in each of his sets.

Ouri is an electro producer, DJ and multi-instrumentalist. His piano, harp and cello formations have essentially influenced the eclecticism of his melodies and beats. His EP Maze, released in 2015, is a provocative experience of dance music, lively and captivating. Aggressive, refreshing and playful, the sound of Ouri is bold and confident. Originally from South America via France, the artist is currently studying and producing electronic music in Montreal. She has already collaborated with artists CRi, Odile M, Mind Bath, Munya and Forever.

With over a decade exploring the twists and turns of electronic music through an impressive catalog of releases, Millimetrik (Pascal Asselin) draws his tenth most surprising work to date, Sun-drenched.

When we revisit the career of the “veteran” of the Quebec electronic scene, recipient of the Félix for best electronic album at ADISQ in 2019, we see that he constantly seeks to reinvent himself through concepts fueled by travel, photography and cinema. The sounds that span his eighteen-year career evoke a broad musical landscape ranging from ambient, trip-hop and now to house, disco, soul and dance music.

Some friendly advice, if we may… think ahead and reserve your seat at your favourite restaurant in order to minimize wait times.

Our summer will be very lively and we have a few surprises in store for you so that you can have fun and fully enjoy our site..

We’re looking forward to seeing you on one of our Expanded Terraces and in the dining rooms too!

HERE to find your restaurant

Give the gift of choice!